Ron has been a Registered Liquidator and a Principal in Practice since 1981 and is a Fellow of the Institute of Chartered Accountants of Australia and New Zealand, having become a member in 1979. Ron has been Principal of several premier Insolvency firms, from Star Dean-Willcocks in 1991 to forming DW Advisory with Anthony in 2016. Ron was at the forefront of the industry when legislation was enacted in the mid 90’s to facilitate the voluntary administration regime and was involved in numerous Court matters that have helped settle that and other law, including resulting directly in urgent legislative amendments. Ron’s applies his strong work ethic and commercial and insolvency experience vigorously to all matters, large or small. 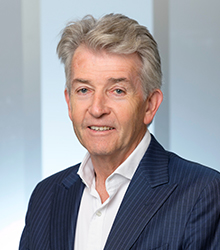